Please fill up the Appointment Form below

Enjoy a vaction in india and get your treatment done at half the cost :

Tie up with us 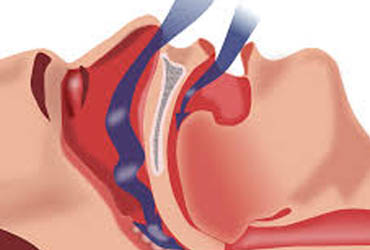 What is Obstructive Sleep Apnea (OSA) ?

Obstructive Sleep apnea causes episodes of decreased oxygen supply to the brain and other parts of the body. Sleep quality is poor, which causes daytime drowsiness and lack of clarity in the morning. This may be due to obstruction or narrowing of the airway passages at the nose, palate, throat , tongue, jaw or upper airway regions. It is one of the commonest problems leading to sleeping at the wheel. Obstructive sleep apnoea (OSA) is a common chronic disorder affecting about 2–4% of the adult population, with the highest prevalence reported among middle-aged men

What are the warning signs of Obstructive Sleep apnoea?

• Waking up with a very sore or dry throat.
• Loud snoring.
• Occasionally waking up with a choking or gasping sensation.
• Sleepiness or lack of energy during the day.
• Sleepiness while driving.
• Morning headaches.
• Restless sleep.
• Forgetfulness, mood changes, and a decreased interest in sex
• Having a small chin or a backwardly placed lower jaw

The sleep specialist team (involving ENT and Respiratory physicians, sleep technicians, Anaesthetist , orthodontist and maxillofacial surgeon ) would evaluate based on

STOP-BANG – an acronym, which stands for snoring, tiredness, observed apnea, blood pressure, body mass index, age, neck circumference and gender. The specialist would ask you questions associated with each category and can help spot a risk patient and follow up with further investigations viz :-

What role does a dental and maxillofacial Surgeon have in treatment of OSA?

Oral and maxillofacial surgeons play a very important role in the primary surgical management of patients with obstructive sleep apnea syndrome (OSAS). Jaw surgery (also called “orthognathic surgery”) for sleep apnea can consist of a variety of surgical designs. The most successful orthognathic surgery type for severe obstructive sleep apnea is maxillomandibular advancement surgery (MMA) . The surgery involves operating on the upper and lower jaws, tongue and the chin, and advancing the jaws forward . This movement not only opens the airway in the front to back dimension, but also expands the airway sideways which is key for preventing collapse of the airway in patients with severe disease. Traditionally, orthognathic surgery is utilized in younger patients with a malocclusion – to correct an overbite or underbite, for example. In contrast, maxillomandibular surgery (MMA) is forward repositioning of the jaws, usually in older patients, with the primary goal of expanding the airway. Despite the new, exaggerated forward position of the jaws, tongue and chin, >90% of patients are very pleased with their post- surgery appearance as advancement of the jaws tightens facial wrinkles and produces a younger looking convexity of the face. Patients with pre-op mandibular retrognathia (small chin) tend to have an anatomic cause for sleep apnea, and have the most esthetically pleasing and greatest airway expansion with maxillomandibular advancement surgery.Jaw surgery may be viewed as a very major surgery. In actuality, there have been no reported deaths in the literature after maxillomandibular advancement surgery.

The cost / price of Obstructive Sleep Apnea in Kolkata is determined based on the clinical situation and merits of the case. Most treatments in dentistry are customized to a persons existing dental situation , medical condition and understanding of future oral-dental needs.

Where can I get this surgery done?

Surgery for OSA has to be done in a hospital under general anesthesia , after a thorough evaluation by the sleep apnea team. Surgery for obstructive sleep apnea in Kolkata is offered by maxillofacial surgeons at Aesthetica Dental Clinic Kolkata .

90 % adults face dental issues. Are you one of them?

Stay connected with us